The keyboard compass is GG-f3, (GG# is a dummy key).
The case is in mahogany, three register stops: raise bass damping/raise treble damping and a lute stop.
fortepiano
restoration

Zumpe was one of the many instrument makers who moved from Germany to London in the early 1750’s. First he started working for Burkat Shudi. In the early 1760’s he set up his own business initially making ‘English guittars’, followed by the little square pianos like this one. He is considered to be the first to make this kind of small piano in a time when the harpsichord was still in its golden age.
His earliest surviving examples are from 1766. Some 60 instruments may be still in existence.
This small piano was immediately so popular that he couldn’t cope with the demand. Johann Christian Bach and Charles Burney were among his clients.
Many of Zumpe’s colleagues (and countrymen) started making them as well, Pohlmann, Beck, Ganer, Buntebart, Sievers, Schoene, all entered in this successful trade.
The instruments were exported all over Europe.

The miniature is of an unknown lady attributed to Richard Crosse, ca. 1775 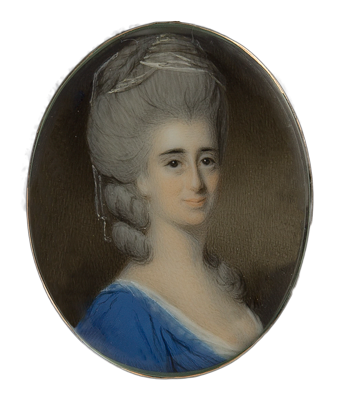 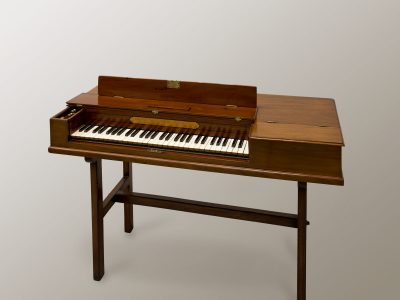 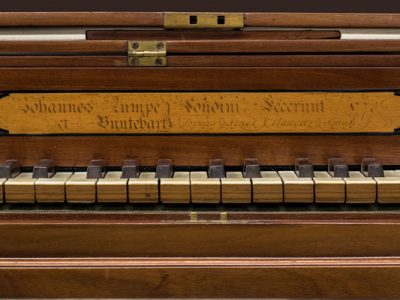 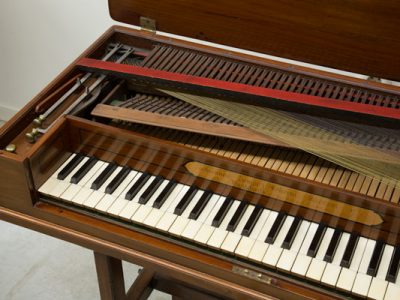 The instrument is playable. It was bought in its present condition, having been restored at an earlier stage. Almost everything is original.  Unfortunately it may have gotten a new soundboard at some point.