Restoration in pictures, click successive pictures below to enlarge 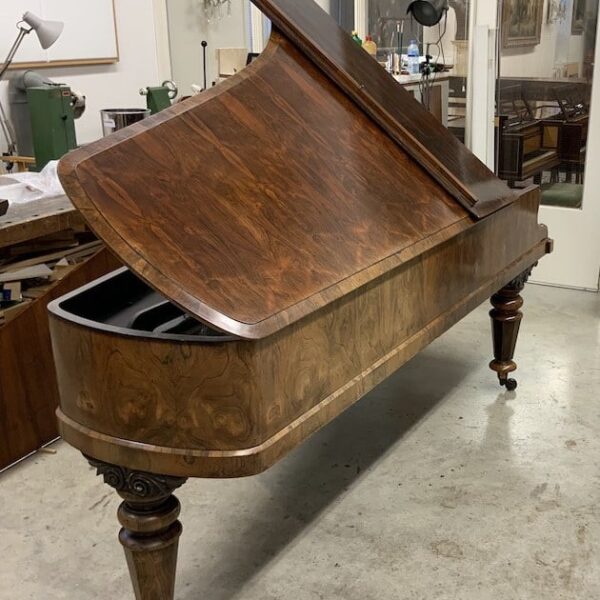 1. The instrument is relatively untouched, but not in a playing condition.

Our current work at progress is a John Broadwood, 1856, serial number 18544. The instrument is typical of its time, with several iron bars and a hitchpin plate in the construction.

We are restoring the instrument for its present owner, who bought it at the end of the nineteen eighties. It transpired that the instrument is one of a series of 10 concert grands, used by Broadwood himself to rent out for concerts. There is even a theory that Clara Schumann played this particular instrument during her concert tour in London.

The instrument is in its original state, but not in a playing condition. There have been no major repairs – only a few broken hammer shanks have been rather clumsily replaced.

At the beginning of March 2022 the Broadwood was fully restored to its former glory, playing and sounding wonderfully.