Burckardt Tschudi came from Switzerland to London around 1720 and became an apprentice of harpsichord builder Hermann Tabel. Some 10 years later he started his own business. This is an early, still existing,  example of Shudi’s beautiful work. Shudi and his fellow apprentice Kirckmann became the great harpsichord builders of the 18th century.
(There is a Kirckmann grand piano of 1806 in the collection.)
Famous Shudi owners are Gainsborough, Händel, Frederick the Great and Haydn. Shudi was the father-in-law of John Broadwood who married his only daughter Barbara in 1769. From 1770 onwards the harpsichords were signed ‘Burkat Shudi and Johannes Broadwood’.

The miniature of an unknown gentleman is by Jean André Rouquet, ca. 1745. 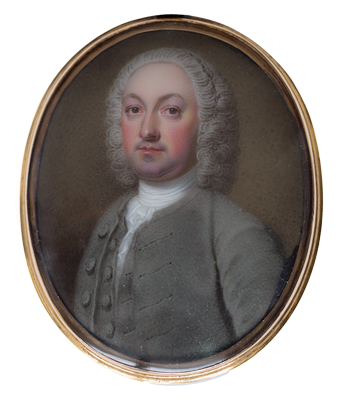 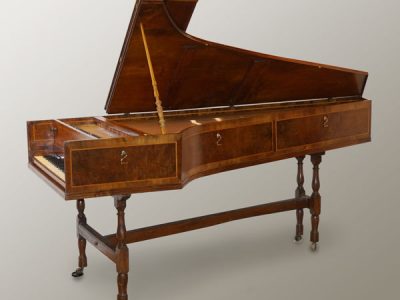 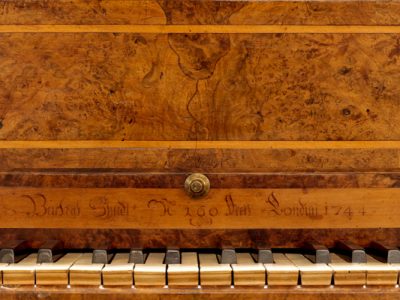 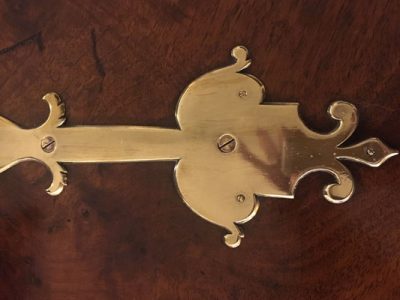 This harpsichord was badly repaired in the 1960’s, using modern glue, screws and wrong types of wood. The original music desk, the front flap and the prop-stick were missing, and besides the lid had a bad crack and various parts were seriously woodworm-ridden, including parts of the soundboard. Hence it was taken out, and the affected areas were replaced as well as the modern poor repairs. The tail of the instrument was slightly warped. The bottom of the instrument was partly not original and had been screwed on with modern screws. Now a new bottom has been glued onto the case reinforcing the entire structure. 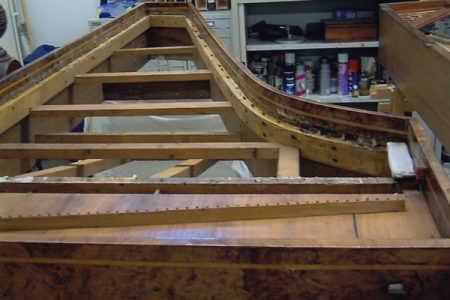 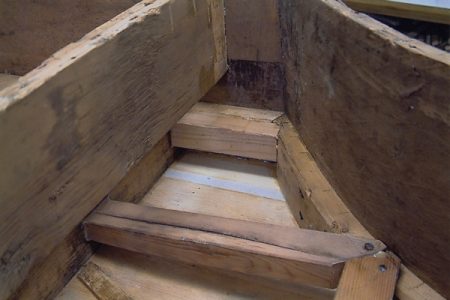 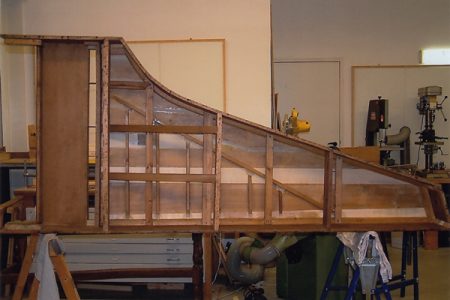 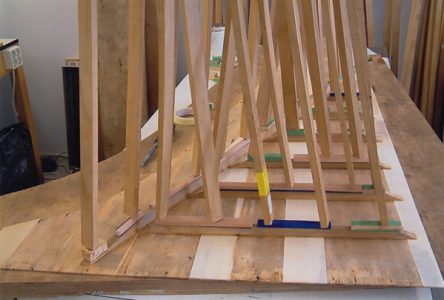