This 5 1/2 octave piano was the typical instrument in Vienna between roughly 1795 and 1810, the period when Beethoven composed his piano concertos 3 & 4. John Eliot Gardiner, conductor of the Orchestra Révolutionnaire et Romantique used this instrument for their 1997 recording of Beethoven 3.  Nowadays Michael Rosenberger is a well established name in circles of historical music practitioners, based on the high quality of the instruments that have survived. Not much is known about Rosenberger : only where he lived, in what year he got his ‘Befügnis’ (1796) and that he died in 1832 of ‘Nervenfieber’. Some think that he had been an apprentice of Anton Walter. Five Rosenbergers were restored in our workshop; they all turned out great pianos.

The miniature is of an unknown gentleman by Carl Friedrich Deminiani of ca. 1800. 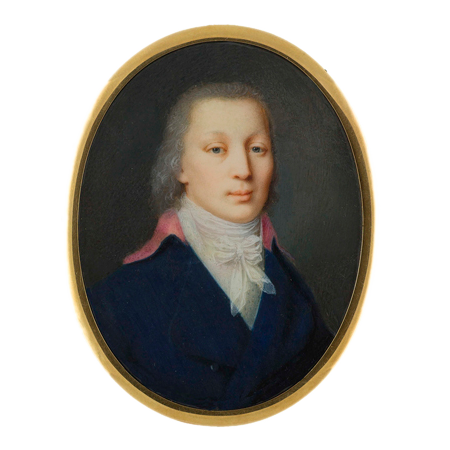 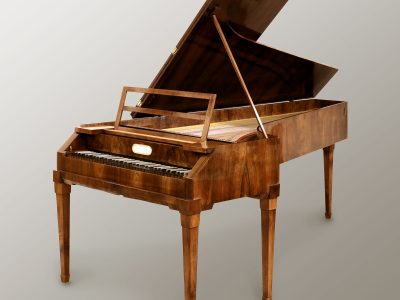 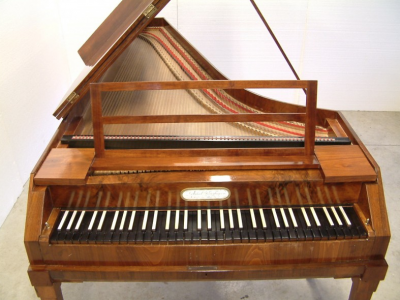 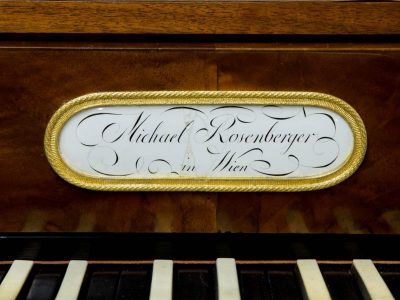 The instrument turned up in Austria and was in a deplorable condition. It was carefully taken apart in all its separate pieces and step by step rebuilt.
The original legs were missing and copied from another instrument.
Soundboard, pinblock, tuning pins and the action are all original. 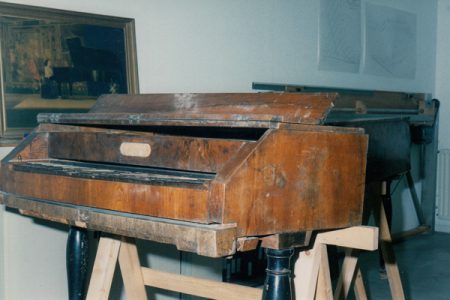 Overall state of Rosenberger before restoration 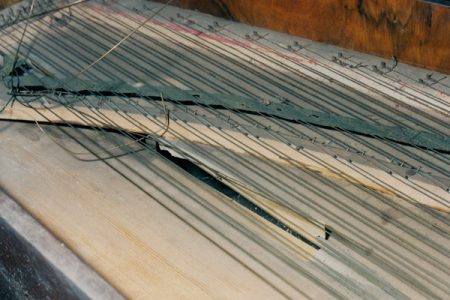 State of the soundboard 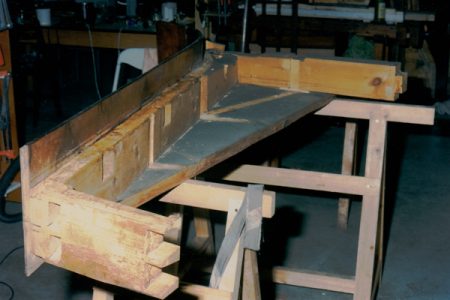 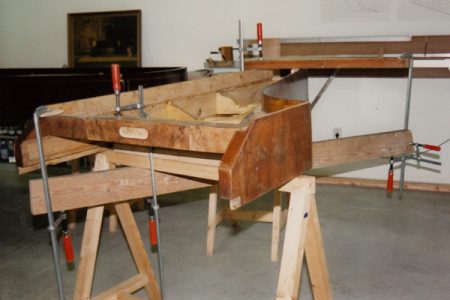 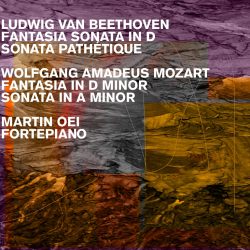 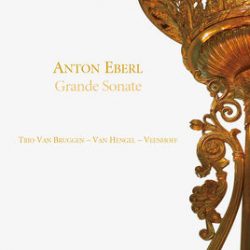