This was the type of instrument that Chopin came across and fell in love with when he arrived in Paris in 1831. He played his first concert there in the Salon Pleyel. This instrument has a partly iron hitchpin plate with three iron bars above the soundboard and seven iron bars underneath.
This particular instrument was sold in July 1829 to Monsieur Delabaume for 2800 francs.

The miniature is by Pierre Bouvier ca. 1829. The insane hairdo of the lady was not an exception in those days. 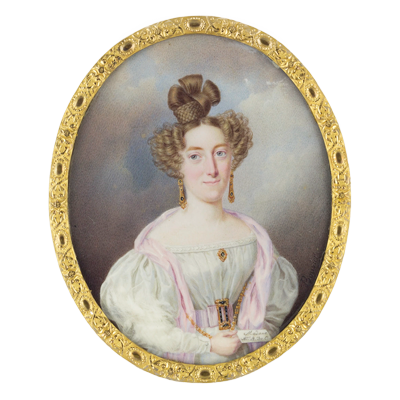 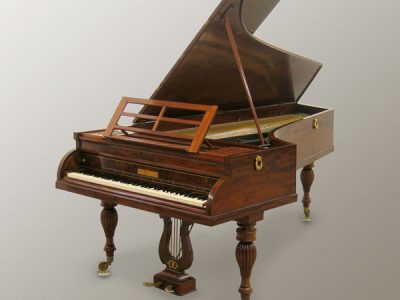 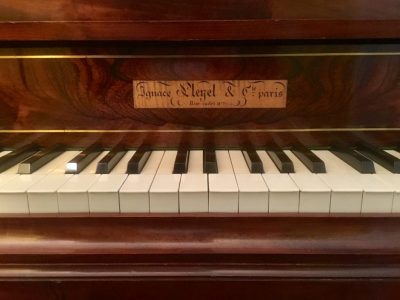 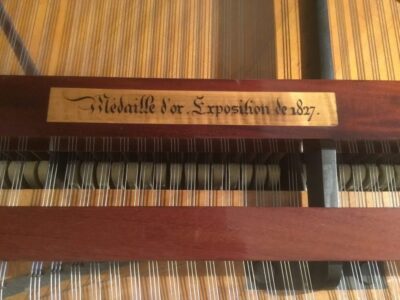 Like almost all pre-1850 French pianos, this one also had a cracked pinblock. The case was straightened and the soundboard was taken out and rebuilt using all the original parts.
The action was in an exceptional condition, the instrument had hardly ever been played. All cloths in the action as well as the materials of the dampers are still original. 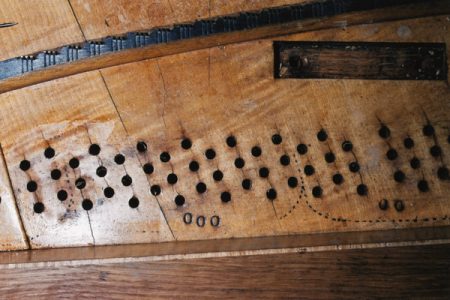 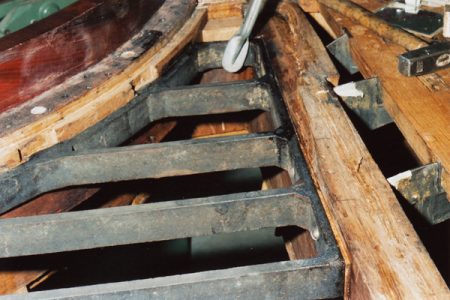 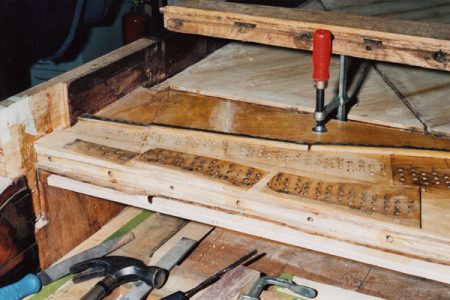 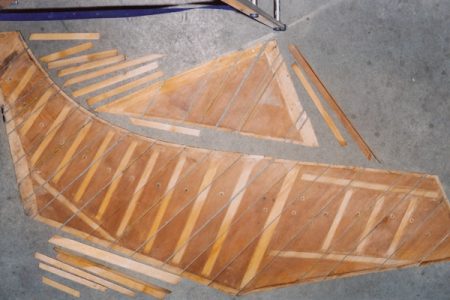 Soundboard in all its parts