Kirckman (also spelled Kirkman) and Shudi/Broadwood were the predominant builders of the 18th century in England, with an almost industrial output.
In the 1780’s/90’s both firms started to make fortepianos  also, which were similar to their harpsichords: their fortepiano designs basically did not differ.
Very special in this particular Kirckman piano is its length: 2.58 m.! Inside, above the soundboard there is a wooden frame (taken out for the photo) covered with paper. Is it meant as a dustcover? – that however, does not explain why the treble is not covered.

The miniature is of an unknown lady by Pierre Louis Bouvier, 1808. 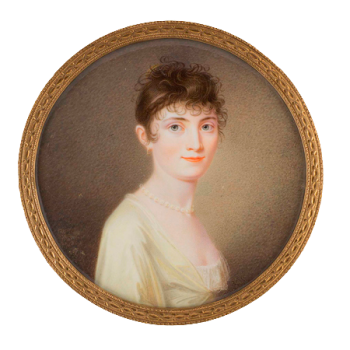 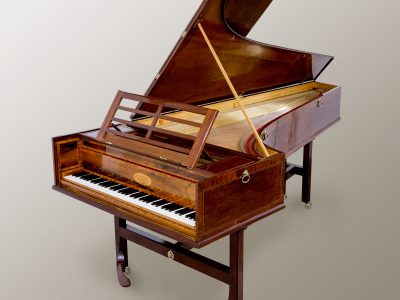 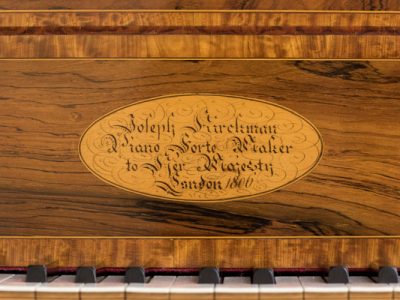 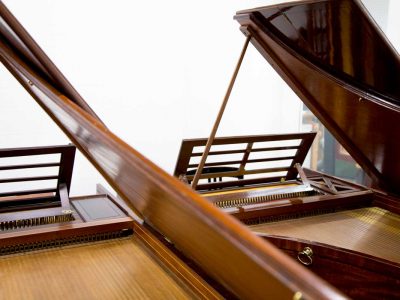 The instrument has been with us in storage since 1997. The cheek was quite twisted and the pinblock had cracks. The instrument was carefully taken apart and completely rebuilt. 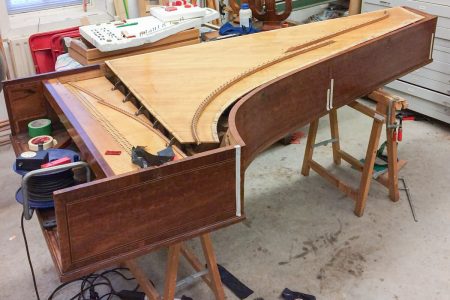 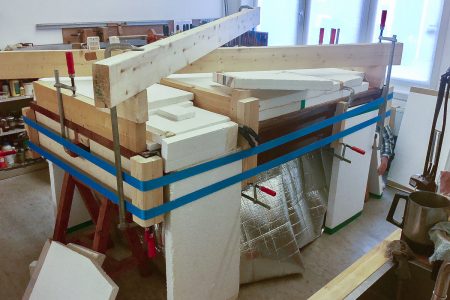 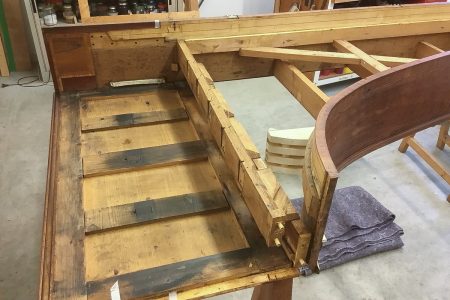 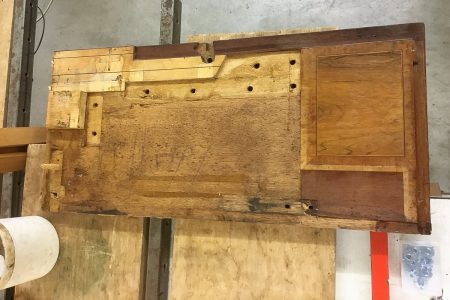