The case is mahogany with bronze decorations and a painting of a fantasy land/sea scape on the pinblock. The keyboard compass 6 octaves FF-f4.
Five pedals: una-corda, bassoon, forte, moderator and drum/bells.
fortepiano
restoration

Not much is known of the builder Joachim Ehlers, but all the known instruments by his hand have elaborate and luxurious cases. This particular instrument was built in the time span of the Vienna Congress (1814-1815). The painting on the pinblock shows many Swedish flags. It is safe to assume that it was made for a Swedish high official. It is signed: Gezeichnet von Josef Rabel in Wien 1815.
The Ehlers in the  Museo degli Instrumenti Roma of around 1825 has, instead of a painting on the pinblock, ornamented bronze fittings similar to the ones the Ehlers 1815 has on the case.

The miniature is by Thomas Hargreaves ca. 1815. 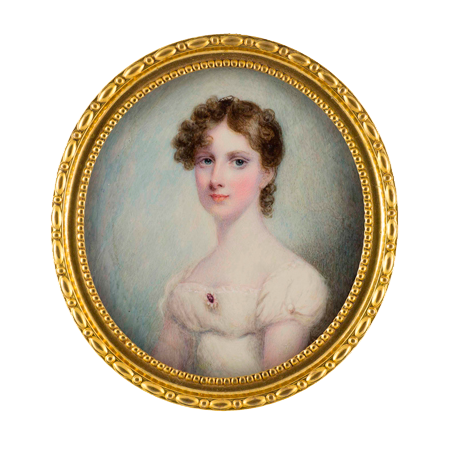 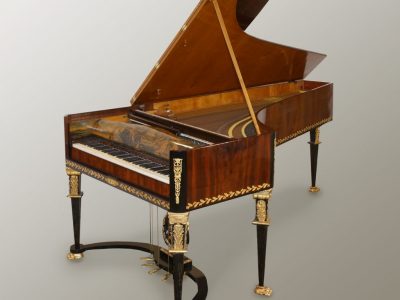 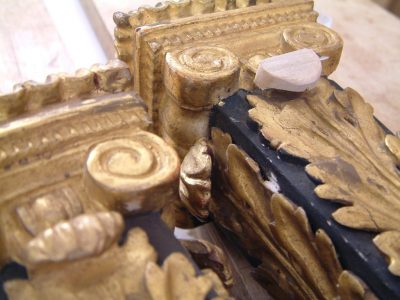 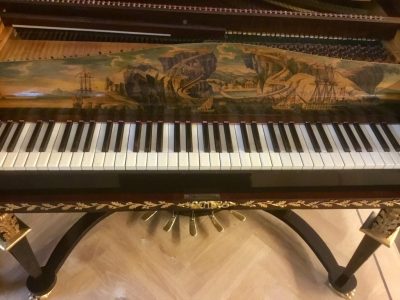 The instrument came into the collection in 1992. It was kept in storage because some of the restoration problems were at that time beyond our abilities. Apart form the usual problems like woodworm in the case, a warped tail and brittle glue joints everywhere, the Ehlers had the additional problem of the yoke that had become partly detached from the pinblock. Besides, which is often the case, the pinblock itself was warped. The challenge was how to repair the pinblock without ruining the painting. It was eventually taken out, and by removing a small slice of wood from underneath, the removal of the yoke with the painting was possible. All the ornaments and the elaborate legs had to be carefully restored. 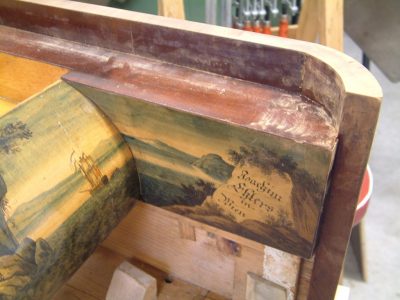 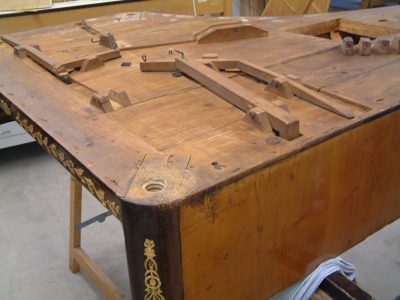 Register levers underneath the case 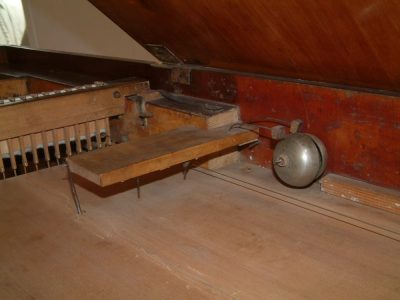 Cymbal and bells before restoration 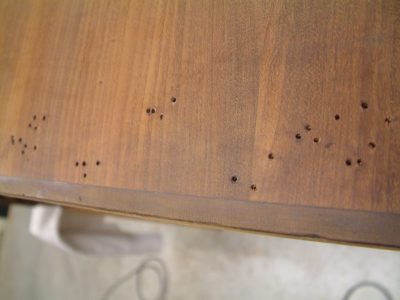